The smartBLIND system consists of the following components (shown in the illustration to the right): 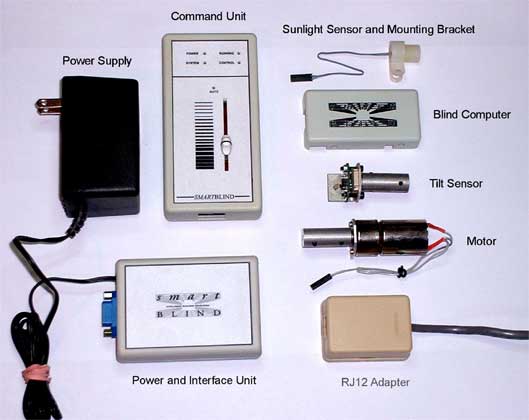 As well, the system will require 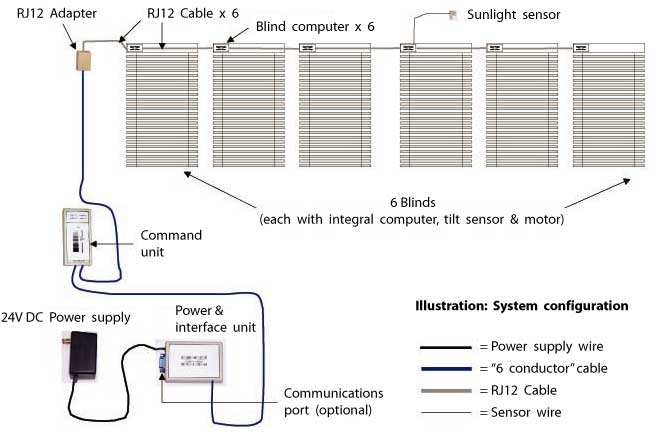 This device operates in the same manner as the system Command Unit but is specific to a single blind. It connects to the individual blind computer via a sub-miniature, four-pin connector and is wall-mounted near the blind it will control. When this device is operated, it will override any system commands and will move the individual blind to the requested position. A small LED (shown) indicates if the blind is currently under system control (LED is lit) or is in manual mode (LED is not lit).

Each blind in the smartBLIND system has the potential to include the Local Command Unit option. 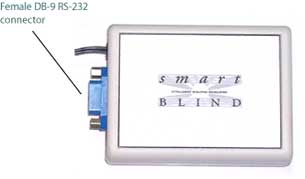